Having been recognised as a specialist non bank broker I now get contacted from people all over New Zealand looking for help to tidy up their finances.

This week it was a couple from Hawkes Bay that needed some help.

They had a mortgage with a credit union but also had a lot of short-term debt taken out for vehicles and their business.

Yes they are self-employed and were not able to “prove” enough of an income to get a bank loan, but they had enough equity in their home.

This was always going to be a low doc loan to bridge this couple until they could prove income.

Refinancing & Debt Consolidation Can Save Money

This couple had a mortgage with a credit union which was at a quite good interest rate, but their other debts were not. 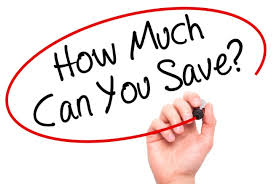 They then had the other loans;

A bank overdraft with Westpac which is typically sitting at about $20,000 OD and they were being charged 19.35%

The short-term debts added up to just over $127,000 and the interest and repayments were killing them.

I was contacted by this Hawkes Bay couple on Monday and this evening we were able to provide them with a suitable loan offer.

The result was a non bank lender that offered a 3-year interest only mortgage, with repayments of $504 per week.

That’s about the same as they were paying on their existing mortgage, and much less than their total loan repayments…

The new loan also allows then to make additional repayments when they can and to refinance back to a bank after 6-months with no penalties.

I will work with this couple to ensure that we can get them refinanced to a bank as soon as possible too.