Recently I was approached by Peter who was looking for a way to finance tax debt after his bank (Westpac) had said they could not help.

Peter had relied on his accountant to calculate his tax but there had been some errors, and so he changed accountants who recalculated the previous 2-years financials and he was left with a tax debt of $52,860 which he couldn’t pay.

He had the option of coming to a repayment arrangement with the IRD or finding another way to finance the tax debt.

The problem with setting up an arrangement with the IRD is you are forced to pay off any tax debt within the time-frame that they provide.

You will generally be charged a late payment penalty of between 1% – 4% with any payment arrangement and also be charged the standard IRD interest rate which is currently 8.22% but the major issue for Peter and with many other people is that they require the tax debt to be paid off over a short period (maybe up to 2-years) which is not always realistic.

Other Ways To Finance Tax Debt

Sometimes it is better to look at other ways to finance tax debt over a fixed term.

Peter had approached his bank to do a top-up on his mortgage to finance the tax debt, but unfortunately most banks think that if you have to finance tax debt then you are not managing your business financials well, and therefore they tax a dim view on this. In this case Peter was not really to blame; however banks tend to have set rules and therefore the bank’s answer to Peter was a big fat NO.

Why Peter’s Bank Said NO

As mentioned, banks think that if you have to finance tax debt then you are not managing your business financials well, and therefore they tax a dim view on this. As mortgage brokers we can sometimes put a good case to the banks and get business bankers to provide finance for covering tax debt but it’s quite difficult in cases like Peter’s when he has already approached the bank and been told NO.

In addition, like so many people with IRD debts Peter had been trying to pay the tax debt off and because of this his bank account had been popping into overdraft and he had seen a couple of other automatic payments reversed. He was trying to do the right thing and pay his tax debt but the extra payments were putting a strain on his finances. The banks treat this as poor account conduct and so this meant I could not even refinance Peter’s mortgage with another bank. 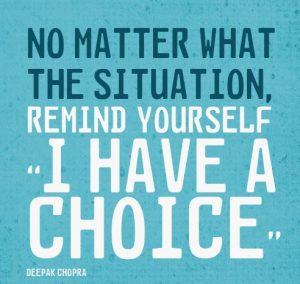 The Options For Peter

After looking at the costs of both options I presented Peter with the best option – leaving his existing mortgage in place and getting a second mortgage.

His existing mortgage of just over $550,000 was with Westpac and was at good bank rates. If I had refinanced that to a non-bank lender it would have meant that he would be paying a higher mortgage interest rate on while whole mortgage.

I arranged a second mortgage to cover the tax arrears and also to consolidate some other short term debt.

The second mortgage was at an interest rate of 14.95% but was structured over 5-years with no penalties for early repayment. As this also had consolidated some other debt the actual repayments were less than he was currently paying which meant Peter could quite easily cope with the repayments which keeping up his ongoing IRD obligations. He could then focus on getting his account conduct back in order and paying off this second mortgage faster than required.

The plan will be to look at doing a mortgage top-up in 6-months to pay off the second mortgage and effectively get this onto lower bank mortgage rates, but to still pay it off as quickly as he can.

Peter contacted me after he had already been to his bank.

He did not know what options he had, and so I explained the options and together we agreed on the most appropriate option for Peter.

If you need to finance tax debt it’s best to contact me before you speak to your bank.